The ability of living organisms to adopt and “learn” to survive despite potential threats found in their environment is known to everyone. Just like all other creatures, man has also this amazing characteristic. For some diseases, all that is required is to get a disease once, and after that, our immune system develops the respective antibodies and shields us, preventing a potential re-appearance of the disease in the future. 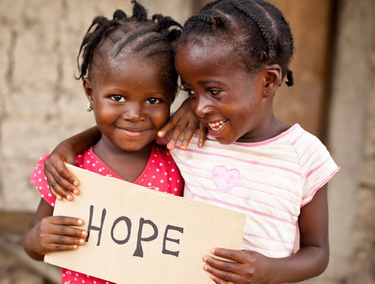 There is always a percentage of the human population whose immune systems are more effective than that of other people. And, as if this wasn’t remarkable enough, scientists have recently discovered that some of us can even block the development of the HIV virus.

A research team based in the University of Oxford in the United Kingdom completed a study that included 170 children from South Africa, all less than five years old. They all possessed the aforementioned characteristic. It is a category of children that scientists call “paediatric non-progressors”, meaning that they are infected with the HIV but the disease does not progress to the next stage which is AIDS. In simpler terms, the virus is present in their blood but remains in a dormant state forever.

Once a person is infected with HIV, a certain time period goes by and his/her immune system starts attacking the virus making things worse instead of better. The reason behind this paradox is really simple. HIV infects and destroys white blood cells. When the immune system attacks the HIV-infected cells, all it achieves is bringing more white blood cells close to the virus, thus accelerating the rate at which they are destroyed. Since our antibodies cannot kill HIV, it is basically a “one sided battle” with the side of the white blood cells suffering all the casualties. In the case of paediatric non-progressors, the human body does the exact opposite.

For reasons that are not yet known to scientists, the immune system of these children “chooses” to ignore the HIV cells and not attack them. This causes the virus to remain in the dormant phase instead of moving on to the phase where it starts destroying the immune system of its host.

Understanding this phenomenon will be a huge step towards unlocking the mysteries of HIV since then we will be able to turn off the virus before it even commences its catastrophic actions. This method is potentially way better than the current treatments.