Depression and Anxiety: Pharmacotherapy Is Often Not the Best Treatment Option

According to data from the World Health Organization, depression and anxiety disorders are on the rise. One in two patients attending a primary care center presents anxiety, depression or somatization (physical symptoms caused by psychological origins).

One of the difficulties of depression and anxiety disorders is that they are conditions that we tend to confuse with the daily troubles of life. For this reason we usually let them slide without paying much attention until after they become complicated and are more difficult to treat. In fact, we often believe that depression has just to do with sadness, tiredness or boredom we have experienced before, but only with greater intensity. 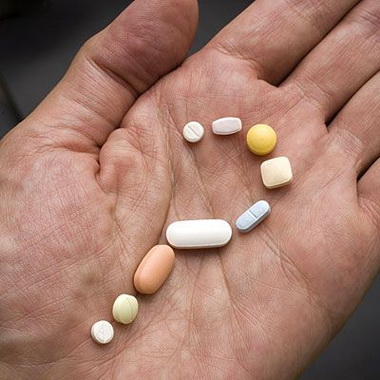 Unfortunately, this is not so: depression is a serious disruption regarding the general functioning of the individual, and if it's not treated properly, it can increase the appearance of symptoms to levels of high risk to the individual’s health and even life.

Depression and anxiety are diseases that can take many forms, and absolutely everybody is potentially exposed to them. Learning how to identify the main symptoms that characterize these diseases is the first step to act against them; the second step is to get professional help.

The approach to these disorders is usually with drugs, although scientific evidence demonstrates that the most effective treatment options for these problems are psychological techniques. Studies have evidenced that patients who have access to professional psychological intervention in primary care centers recover from their symptoms of anxiety, stress or depression four times more rapidly than those who receive the usual treatment with anxiolytics or antidepressants.

Research that involved 200 doctors and psychologists evaluated almost 1,200 patients from 28 primary health care centers. As it turned out, with psychological treatment, around 70% of the patients (67% in the case of anxiety and 72% in the case of depression) got better - a number almost three times higher than standard primary care treatment reached (27.4% for anxiety and 24.2% for depression got better respectively). In addition, people who received the help of psychologists managed to reduce the consumption of psychotropic drugs and the excessive frequency of primary care consultations.

It is very important to make society acknowledge the problem of prescribed psychotropic drugs, just as it is done with alcohol and narcotic agents. Figures speak for themselves since either alcohol or a narcotic substance were detected in 60% of those killed in traffic accidents and 20% of pedestrians that got run over.

According to data from the National Institute of Statistics based on the European Health Interview Survey published in 2015, 18.9% of Europeans aged 15 years and over had consumed tranquilizers or sleeping pills in the last two weeks; 8.4% had used antidepressants or stimulants. It seems then that a different approach must be considered in primary care centers for these types of illness, the approach that would effectively cure patients without giving them severe side effects.